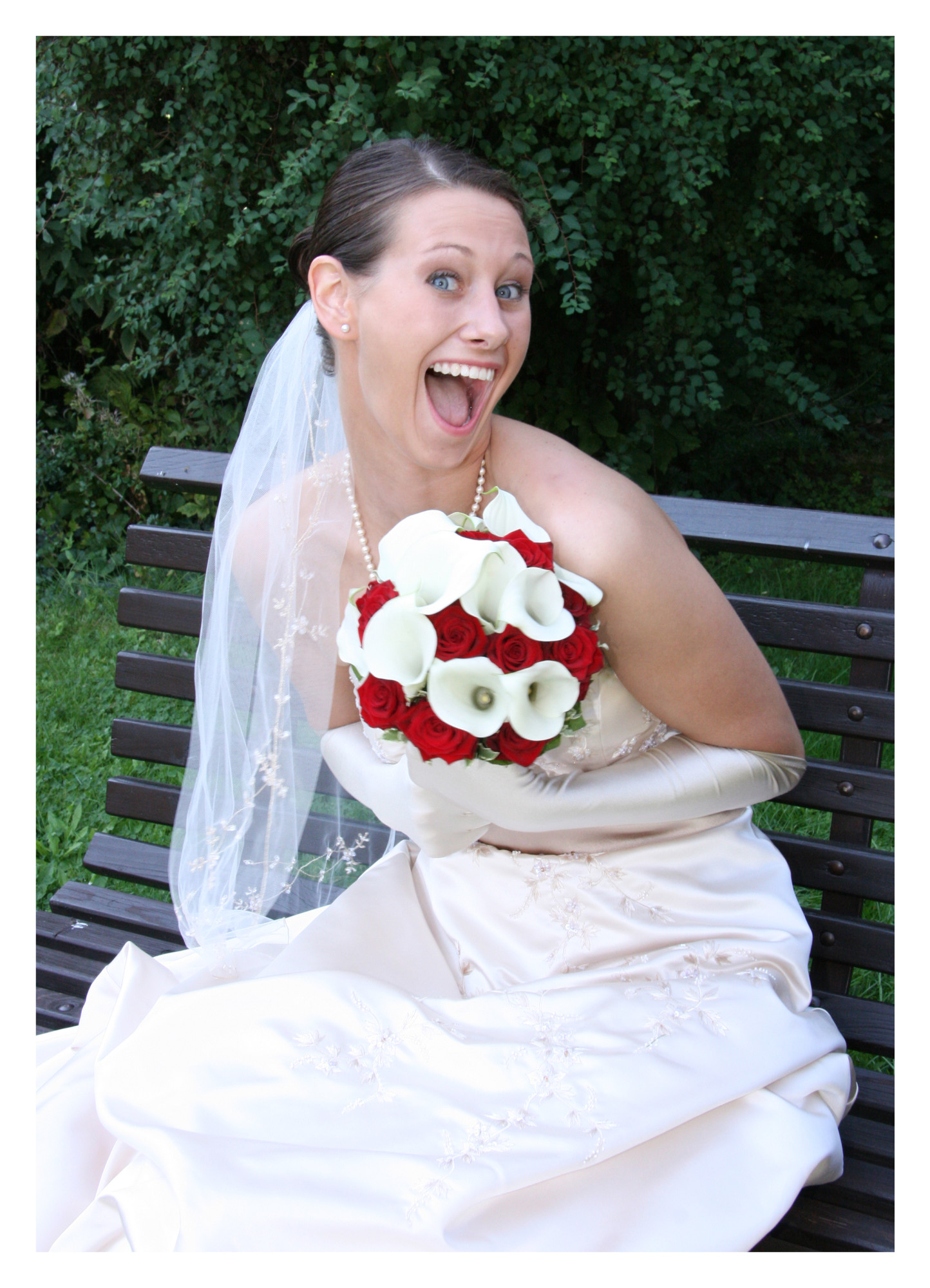 I don’t know if I will have a picture for every week, but I decided to do another Throw Back Thursday! Our wedding anniversary is next week, so I got one out of the wedding folder. Markus doesn’t like his pictures plastered all over the internet, but I don’t mind, so here is a wedding photo of me.

Our wedding was in Bavaria. It was a strange mix between Southern American and a German Catholic traditions.