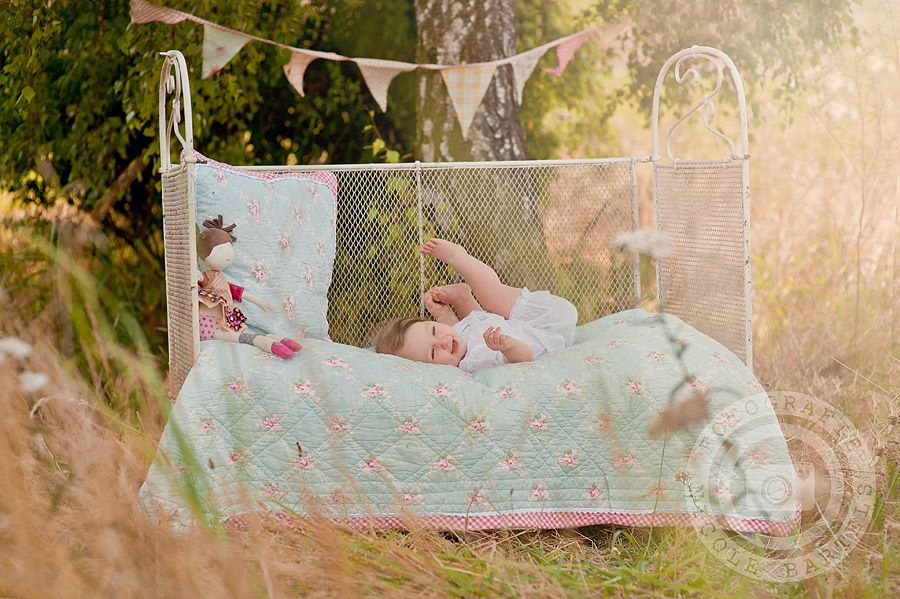 I realised a bit too late that Maxine’s 6 month pictures were the following week. My face was swollen from an allergic reaction, and there was no way I was going to go shopping for a dress that we may or may not use.

The few times I did go out last week were with sunglasses and a ball cap. With my American accent, I swear I was taken for a Hollywood celebrity a few times.

Anyway, I was in a pickle. Then I realised I didn’t even want to pay 40 Euros for a dress Maxine would only maybe wear for pictures. We rarely put her in dresses, and the way she grows . . . anyway I didn’t want to buy anything. Instead, I looked in my box of material, aka box of Markus’s old clothes. I took a pair of his jeans and an old dress shirt and made two dresses. We ended up only using one in her photo shooting. But that was my half-birthday present for her: 2 handmade dresses from Daddy’s clothes.

Since Markus has lost 15kilo, I have had a lot of material to work with. I have been saving the Rising Sun jeans for a special project. This is not your normal denim. It is American-made denim.

So I cut the material very very carefully and it hurt. You can see I took the denim from the legs. Even after ironing I could not get the creases out! Markus worked hard for them, so I like the character it adds to the dress. Next used a zigzag stitch to keep the ends from fraying. 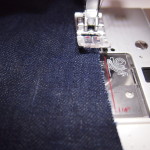 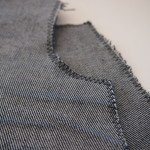 Then I put the backing on the dress and stitched it together. 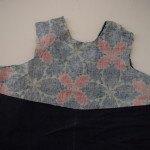 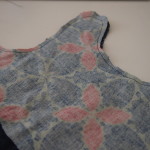 To sew the front and back together, I just hat to attach the sides with a straight stitch. The button holes were probably the most difficult part.

And Maxine loved it! We will have more pictures in a few weeks with her in this dress.

Markus has decided he doesn’t like pink dress shirts. That was to Maxine’s benefit, because she got a pretty pink summer dress out of the deal. I used material from the arm to have a backing for the dress, and I sewed on green ribbons to create a really girly dress. The photo shooting went well. I was completely late because I took the train in the wrong direction. But Nicole Bartels picked me up and we got lovely pictures. More will come in a few weeks.